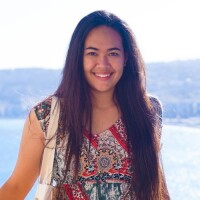 Andrea Marshall, 26, is a freelance videographer, editor, and graphic designer from the island of Oahu. After living internationally in South America, she returned to Hawaii inspired to complete her education. Andrea worked for the award winning literary journal Ke Alaka’i as a videographer. Andrea’s work has received national acclaim for her role in the publication, as well as international acclaim for short films. Andrea specializes in customized motion graphics, story telling, weddings and production titles. Her love of the arts, the islands, and passion for video continues to push herself to produce fresh content daily.